From Germany to Belgium: Three new openings by 2023

Antwerp/Brussels, 30.01.2020
The Success Hotel Group will open its first two hotels abroad together with Aparthotels Adagio, the European market leader in Aparthotels. The signing of the Adagio Antwerp and Adagio access Brussels Airport marks the first steps abroad for the German family-owned company after 20 hotels in operation and 13 more houses in planning and construction. Aparthotels Adagio currently includes two hotels in the Belgian capital and a third hotel will open this summer. The new projects with the Success Hotel Group will complement the portfolio in the country with houses four and five. The Adagio concept is aimed at business people and long-term travellers. But holidaymakers and families also appreciate the combination of hotel service and maximum freedom in their own apartment.

The Success Hotel Group was the first German franchise partner to open a house of the Aparthotels Adagio brand in Germany with the Adagio Frankfurt City Messe. The German family business has been running several hotels under different Accor brands for years – and with great success. Last year the partnership in the longstay and serviced apartment sector was intensified with the opening of the Aparthotel Adagio Bremen. The next opening is already planned for 2021 with the Aparthotel Adagio access Kiel. A total of 90 studios and two-room apartments with kitchen are being built on the edge of Kiel’s old town.

Michael Friedrich, Managing Director of the Success Hotel Group: “After Frankfurt am Main, Bremen and Kiel, we will realise a total of five aparthotels with Antwerp and Brussels together with Adagio. With this strong partner we are pleased to win a new market for us and to continue our strategic expansion abroad.

Karim Malak, CEO of Adagio: “The Success Hotel Group is an important partner in Adagio’s strategy to increase the franchise share in the business plan from 30% today to 50% by 2023. It fills us with pride that with the recent commitments for Antwerp and Brussels, the Success Hotel Group once again confirms our confidence in the brand Adagio. We are continuously working on further services to strengthen the relationship with our franchisees.”

The Aparthotel Adagio Antwerp will be located in Zurenborg. One of the most beautiful Belle Epoque style districts in Antwerp. The historic city centre with its many attractions, the Central Station and bus, tram and metro stops are within walking distance of the location.

The brand concept is specialised in comfortable long-term stays. It offers a successful combination of classic hotel service and flexible apartment comfort. The 70 studios and two-room apartments have a fully equipped kitchen with cooker, fridge and dishwasher. This allows guests to choose for themselves: eat out or cook for themselves. Free extras will include use of the in-house fitness room and WLAN throughout the entire Aparthotel. Additional services such as the daily breakfast buffet can be booked at any time. Parking spaces will also be available. The opening will be celebrated in the second quarter of 2022.

In 2023 the Aparthotel Adagio access Brussels Airport will welcome its first guests. The modern Aparthotel offers everything that travellers need. And all this at a budget-friendly price. There are plans for 150 studios and two-room apartments, all of which will have a kitchen. Those who prefer to be cooked can enjoy international food and drinks in the restaurant and bar of the Aparthotel. Free services include the use of WLAN and the in-house fitness room.

A big advantage of the Aparthotel is its clever location to important addresses, interesting sights and central traffic junctions. For example, the largest airport in Brussels is only 5 km away, the nearest railway station is within walking distance in only 10 minutes and offers a good connection to the city centre. The NATO headquarters can also be reached quickly and easily.

The Success Hotel Group (SHGR) is a hotel company active throughout Germany and currently operating 20 hotels with 2,488 rooms. The future looks good as well: SHGR will open nine more hotels by 2022. Three more are in the project development. As a franchisee, SHGR is a long-standing partner of international hotel companies and renowned umbrella brands such as AccorHotels, Hilton Worldwide and InterContinental Hotels Group. 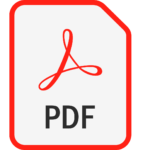 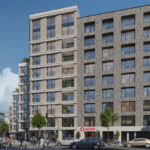 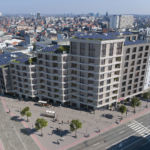 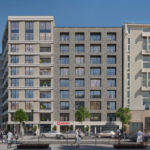 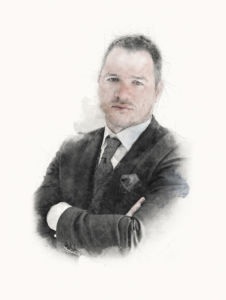